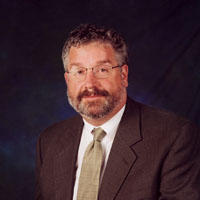 Mr. Demetras is a native Nevadan raised in Ely and Reno. He is the son of Andy Demetras, a former White Pine, Nye and Esmeralda County District Attorney. He practices primarily in the areas of corporation, business and bankruptcy law. He graduated from the University of Utah with a B.A. in English.

He is a member of the State Bar of Nevada, the Federal District Court of Nevada and the Northern Nevada Bankruptcy, Washoe County, and American Bar Associations and the American Bankruptcy Institute. Mr. Demetras is the co-author of Domestic Relations and Bankruptcy Law and has served on various seminar panels including "How To Get Results In Collection Of Delinquent Debts in Nevada" and "Nevada Foreclosure and Repossession."

"I did not know where to begin when my situation changed and I needed to hire a lawyer. Thank you AttorneyGuide for finding a qualified and ethical attorney for me. I will recommend your services to my friends and family without hesitation." Chris Willett, Las Vegas, NV